Polipaks has been in the packaging business since 1996, when it launched its polymer film extrusion process and began manufacturing various types of product packaging based on that technology. Although, looking even further back, the company’s business had already been tied to the product packaging trade for some time...until at one point it was unable to buy a product demanded by clients. The company then made the decision to begin manufacturing the product itself and install the first extrusion equipment for making department-store shopping bags. In 2000 the first printing equipment was installed, and in 2002 the company transitioned from serving shopping centres to a B2B model. In 2005 the first equipment for forming high-quality printed bags was installed, at which point Polipaks began offering its product to export markets. Thus, step by step, by modernising its technology and expanding its offerings, the company has grown into one of the largest packaging manufacturers in the Baltic States and Scandinavia. But the company’s main developmental milestone came in 2015 with the opening of its modern manufacturing and logistics complex, allowing for a doubling of production capacity and an increase in its activity in Western Europe. Until that point, Polipaks’ main markets had been in the Baltic States, Scandinavia and Russia. Consequently, turnover in Western Europe has grown by 70% in just one year’s time. Currently, the company exports around 80% of its product to 20 countries, while the Baltic States are now viewed as the local market. 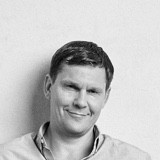